Find all the information you need about Hide & Seek World and related assets.

Hide & Seek World is a fun online multiplayer game and also an excellent way to learn geography. The game is solely multiplayer and has two modes: Classic Match, where you hide and find your friends, and Find Wolly, where you and your friends compete to find our mascot. How it works is that you either choose a Hiding spot or Seek someone's location on a map. To find a location, you'll be shown an 3D image of what your surroundings look like. You have to guess where in the world the image is! The more accurate your guesses are, the more points you get, and at the end of the game the player with the most points wins.

Istvan created the original version of the game back in 2020. He thought hide and seek is such a fun game but unfortunately adults don't get to play it too often, because people look at you weird if you do... But what if we had a virtual version of it? So the idea of Hide & Seek World was born! Istvan built and released the game and despite the initial successes the project was forgotten for a while... Until Ray showed up about a year later to breathe new life into the project! Since then the team has rebuilt most of the game from the ground up and has been continuously improving it. Hide & Seek World went from a small hobby project to an ambitious game with a large and growing player base.

Get logos for Hide & Seek World 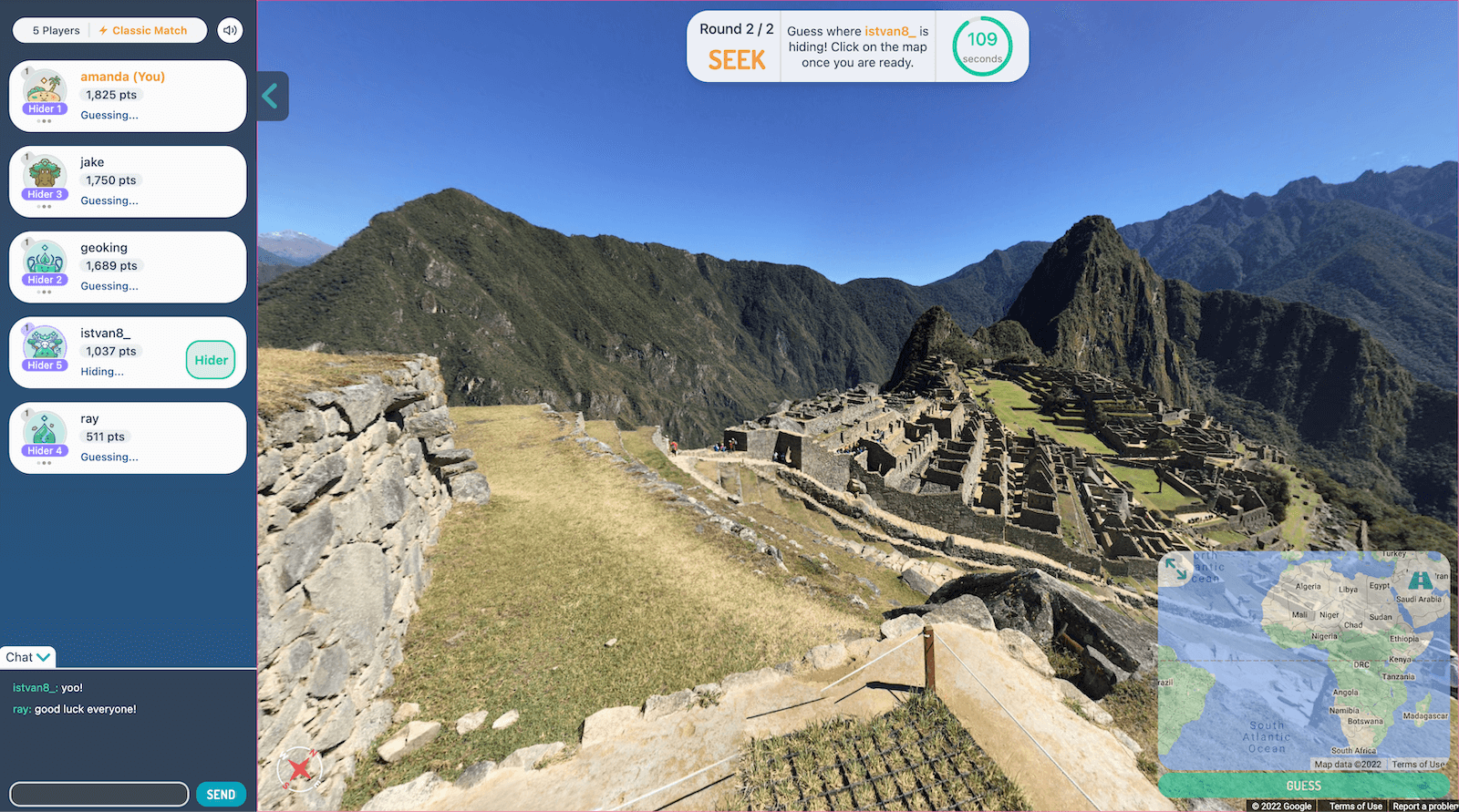 Get screenshots for Hide & Seek World